Where are the good restaurants in Myeong-dong?

Short answer: There aren’t any.

No, that isn’t entirely true. If you’re looking for great food in Myeong-dong be prepared for disappointment.

A long time ago, Myeong-dong was a great vibrant place for food. Around the mid ’00s, it became a tourist haven. It’s the Times Square of Seoul in the sense that tourists go there and locals avoid it. Just like New York’s Times Square, you’re going to find a lot of corporate franchise restaurants in Myeong-dong catering to tired and clueless tourists. A lot of what made it great is gone. Even the restaurants in Myeong-dong that became famous are just shells of their former selves.

Lines are Velcro in Seoul. People stand in line just because it’s there. I’m not exaggerating this. Lines are not indicative of restaurant quality. They’re signifiers of herd mentality. It’s now common practice for restaurants to hire agencies to get fake customers to stand in line to create fake buzz.

That line outside Isaac Toast and Myeongdong Gyoza? Be skeptical. Myeongdong Gyoza is famous for just being famous. Harsh one-dimensional kimchi. Gristly meat. There are much better places out there, like Bukchon Son Mandu. Isaac Toast is a grilled sandwich that we only got when there was nothing else available. It’s last resort food–unless you like cheap egg and cheese sandwiches with sweet candied sauces.

What are Good Restaurants in Myeong-dong?

There are a few good places that can still handle the spiked rents. Plus, there is also…

Myeong-dong’s street food caters to the tourism crowd. It’s also a place where the weirder inventions debut, like lobster with cheese. This is a franchise, but this is one of the better iterations of it. Jjimdalk is braised garlicky sweet chicken. It’s a rich hearty dish that is best eaten in cooler weather. It doesn’t cater well to single diners. You need to come with company to gorge on these huge plates of sticky sauce laden poultry. 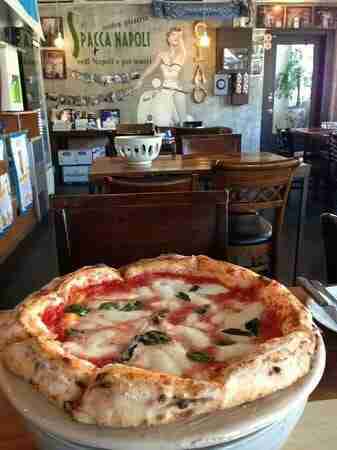 Whenever I’m in Myeongdong, I go here for lunch. The original chef, and now consulting chef, Eddie Ahn, trained in Italy. There’s no sugar-coated garlic bread here (a longstanding aberration in many Korean Italian places). It’s by far the best Italian restaurant in Myeong-dong.

The Chinese embassy is close by, so there is good Chinese food to be had, if you know where to go. Myeongdong Haidilao is a hot pot franchise from China. It’s English friendly and has a sauce bar.

Go for the spicy Sichuan broth. There is a chicken alley, but Two-Two is still the best. It’s not a mainstream place with K-Pop idols advertising its product. It’s the place your grumpy uncle and cackling auntie hang out for a quiet time, away from the selfie-taking youngsters. It serves what I call ’90s-style Korean fried chicken. It’s fried twice (“Two-Two”) and has an aromatic five spice aura. The coating is thin. More modern chicken hofs, which I think are fine, lean more to American style fried chicken. Two-Two embraces its Koreanness.

If you want to have a truly insider’s take on Korea’s chicken culture, join the Chicken & Beer Pub Crawl. A little bit of a walk from the crowds and make-up shops, I just have to add Hemlagat here. It’s the only Swedish restaurant in Seoul outside IKEA, and they’re good.

I do recommend department store basements for food journeys. Just sampling anything that’s interesting. Great place for foodie souvenirs. The stalls are constantly changing, so it’s pointless to try to list anything here. Just go check it out. If you’re with a group of choosy eaters, and you can’t escape them for your sanity, you’ll likely find something to satisfy everyone here.

That’s generally what you’ll find in Myeong-dong. A lot of the good Korean restaurants are gone. If you want Korean BBQ and a true immersive experience, try the Ultimate Korean BBQ Night Out. Or download the ZenKimchi app for Android and iPhone. Restaurant Buzz Seoul is also a good resource.

Please add your favorite Myeong-dong restaurants in the comments.